Friday October 12 (tomorrow) begins Macy’s 10 Days of Glam sale. This Tarte Tartelette Toasted eyeshadow palette will be on sale for $19.50 (Reg. $39) (If you want to save even more, you might want to shop through Ebates and get cash back)

Here are my swatches of this palette: 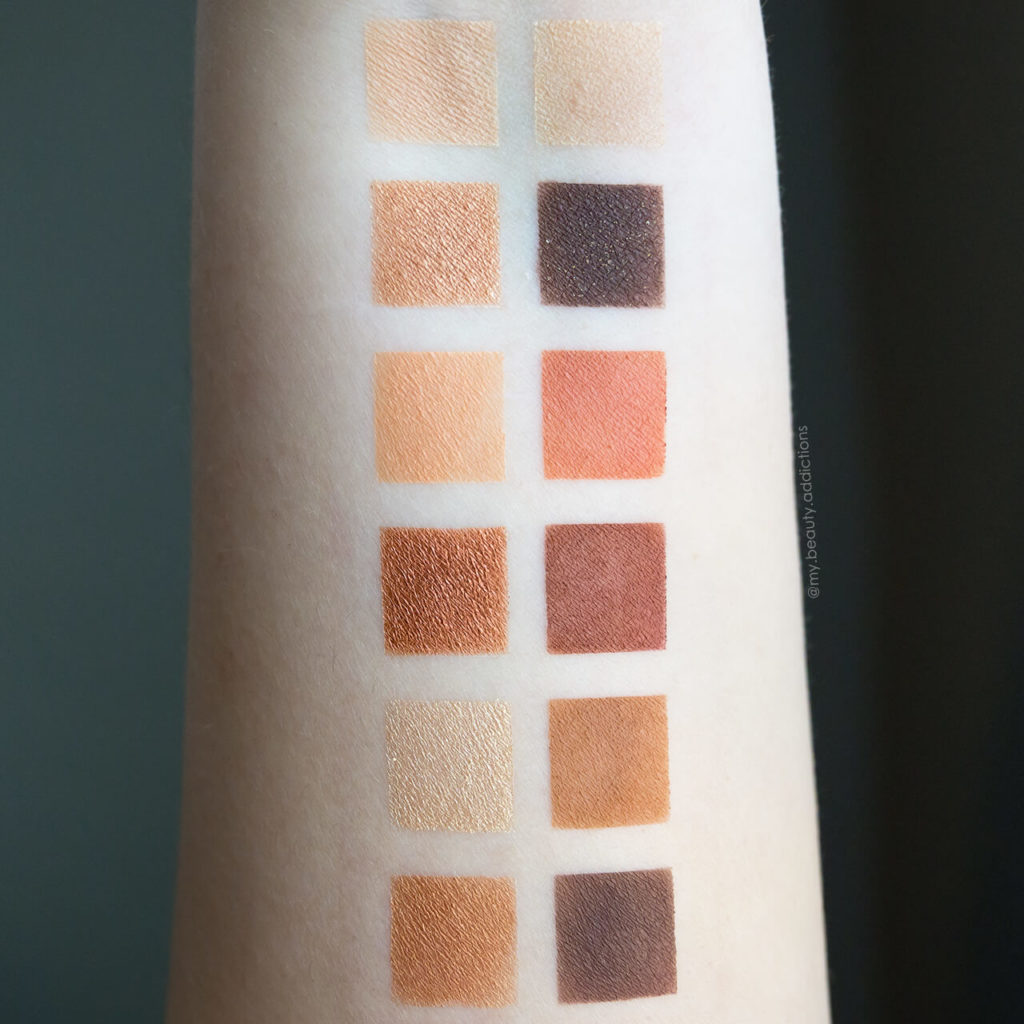 I have owned this palette for a while, although I haven’t used it a lot (you can see on the photo it’s lightly used) but I do enjoy this palette. The only shade I don’t really like is “Crackle” (right upper corner) because the sparkles don’t stay put very well on my eyelids. The rest of the shades are pretty good and versatile.? If you love all things Autumn and you don’t have this palette, this might be a great opportunity to get it at a great price! ??

Now that Macy’s 10 Days of Glam event is over, they’re offering $10 off every $50 you spend on cosmetics and fragrances. This is a good way to still save on items you may have missed out on, or items that never go on sale!

To make it even better, Ebates currently has 10% CashBack at Macy’s! If you are new to Ebates and you sign up through my link, you will receive an extra $10 bonus when you make your first purchase.

This beauty from the Macy’s 10 Days of Glam 50% off promotion arrived today!

I tried to take the photo to look as close as possible to how the colours look in person.

I normally wouldn’t have bought this, at least not at full price, however now that I have it I think it looks better in person than it did on the online photos, and I’m very glad I got it.

My only concern with this palette so far is that the first shadow on the top left, “Cube”, looks as if it has been previously swatched/used. It has that grainy “swatched” feel to it in the shape of a circle, you can see where the corners of the shadow aren’t disturbed, which is consistent with my theory. The rest of the shadows look undisturbed though, and my Macy’s doesn’t carry this brand here, so I’ve decided to sanitize that eyeshadow and keep the palette instead of going through the hassle of exchanging it.

I’ll be able to form more of an opinion on the actual palette itself after I’ve had a chance to play with it.

I don’t have any ABH palettes yet and everyone I know has recommended them to me, so I went ahead and got this one since this is a great price!

I also used Ebates for an extra 6% Cash Back. If you always use cashback when you shop, it will definitely accumulate and you’ll get a nice little side cash to shop more with!?

From today 5/31 until Saturday 6/9, Macy’s is running their 10 Days of Glam beauty sale. The sale consists of daily 50% off offers as well as other discounted cosmetics.

Here is the official link to the promotion

Here is the list of the daily deals created by brr7pcr:

Today Macy’s is having a bunch of cosmetics and fragrance sets at a deep discount! The most notable products for me are these Tarte Tarteist PRO Palette and Tarte Clay Play Face Shaping Palette vol.2 at really good prices. Plus if you buy both you’ll get 2 extra gifts from Macy’s (pictured on the right side, see the Nudestix gift HERE and the Tarte 2 piece gift HERE. Plus, if you make your purchase by clicking through BeFrugal , which is a cashback site, you’ll get 10% cash back – Plus if you’re new and you sign up through clicking my link, you’ll get a one-time extra $10 bonus cash back!